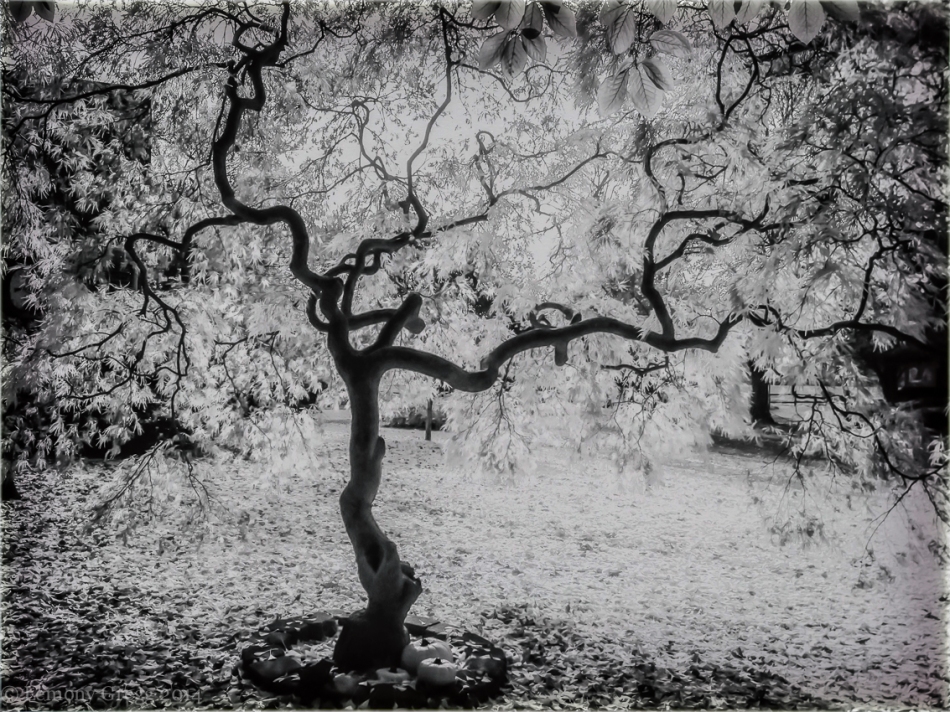 Trees from a Moving Window 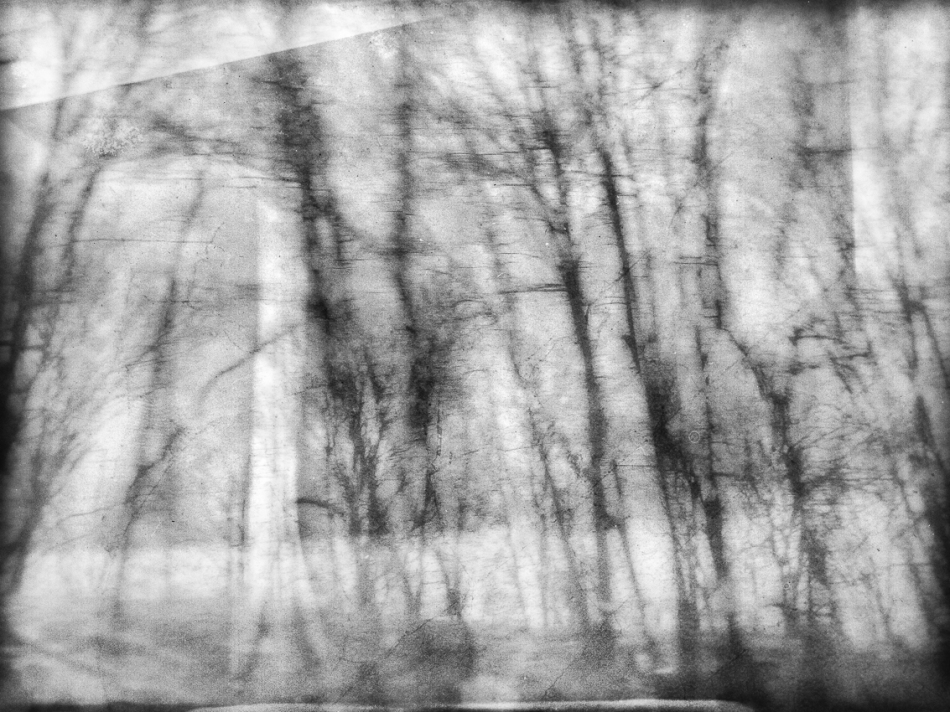 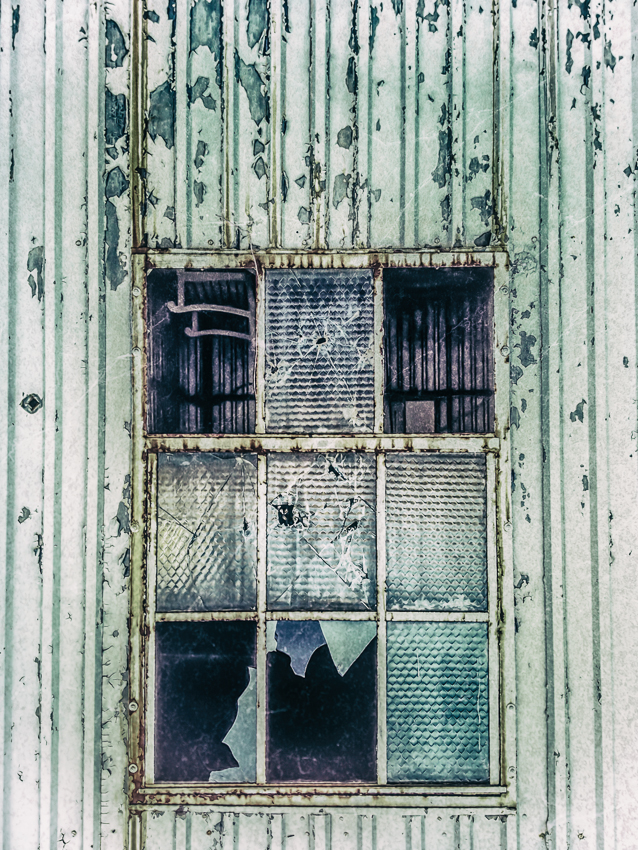 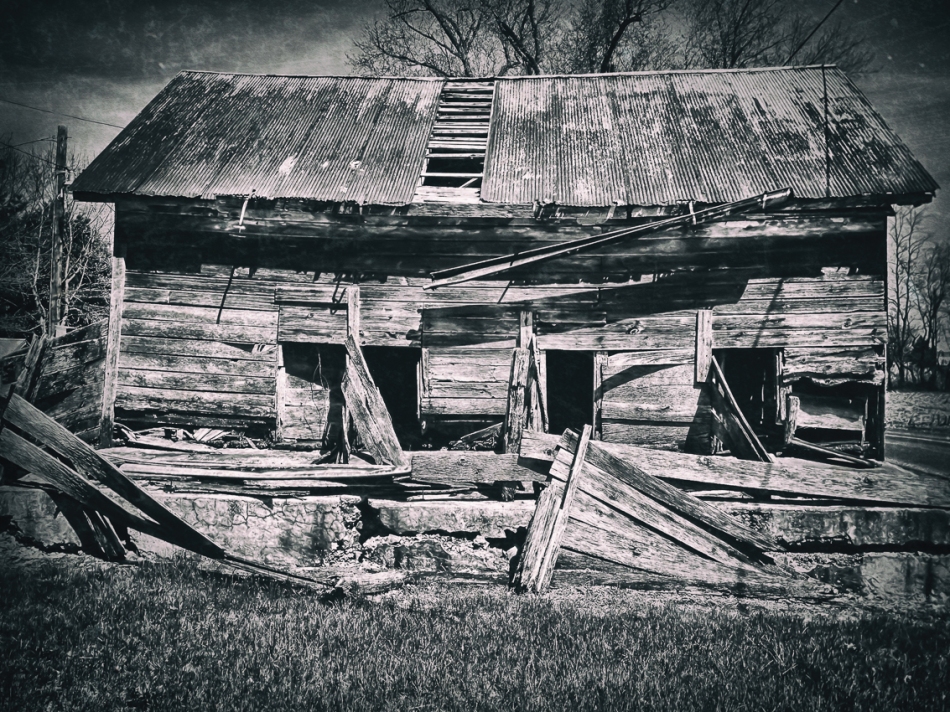 From a Moving Train (on a rainy day): Part V

Well, I’ve indulged myself long enough, I think, with my experiments from my rainy day on the train. I could go on and on, but it’s about time to move on.

Of course, I took lots of shots of graffiti.  It was great fun trying to catch the full shot of the images and words I was seeing while the train was moving. With the iPhone there is very limited control, and you just have to concentrate like mad and hope for the best with your timing. I was completely hooked once I started. While the images themselves aren’t all that great, I had a blast trying to collect them. And I did manage to snag quite a few, once I got a feel for the timing.

I’ve chosen to post these two images together for their combined message: 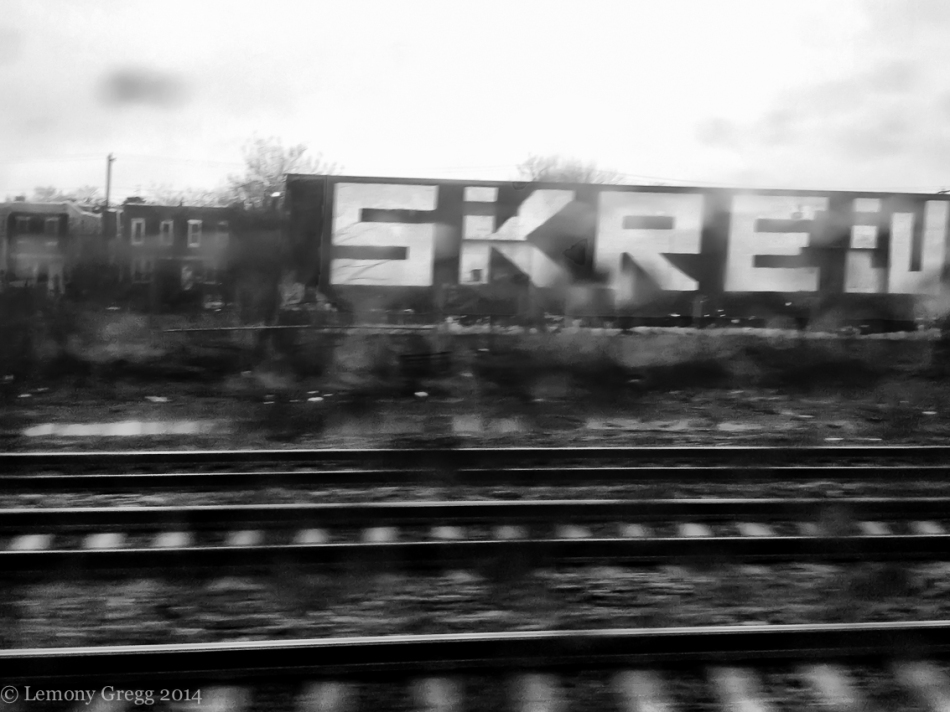 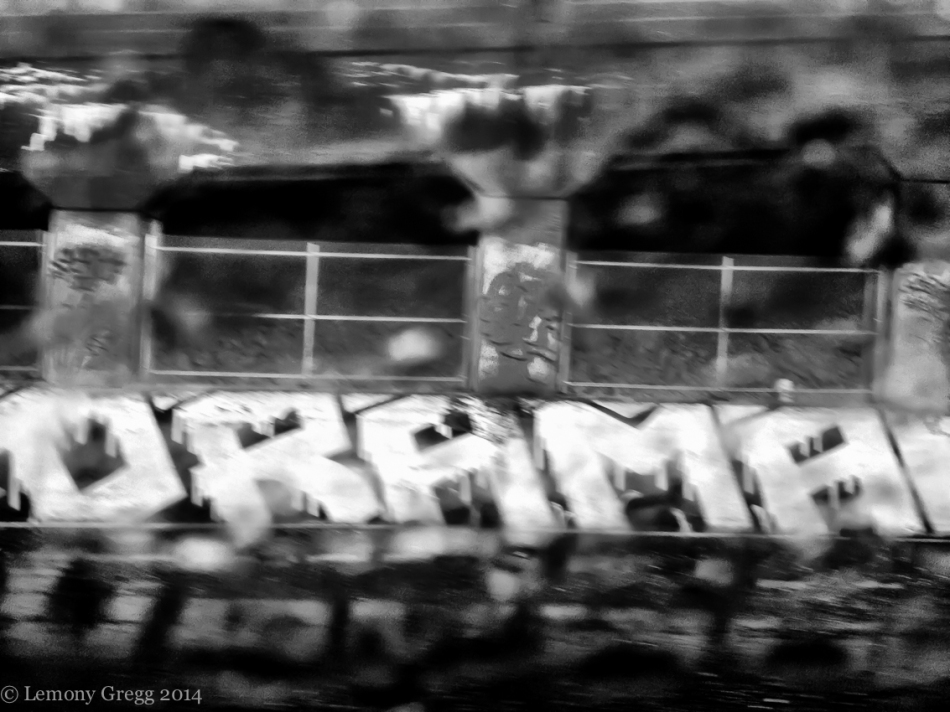 “Speak softly, but carry a big can of paint.”

From a Moving Train (on a rainy day): Part Four 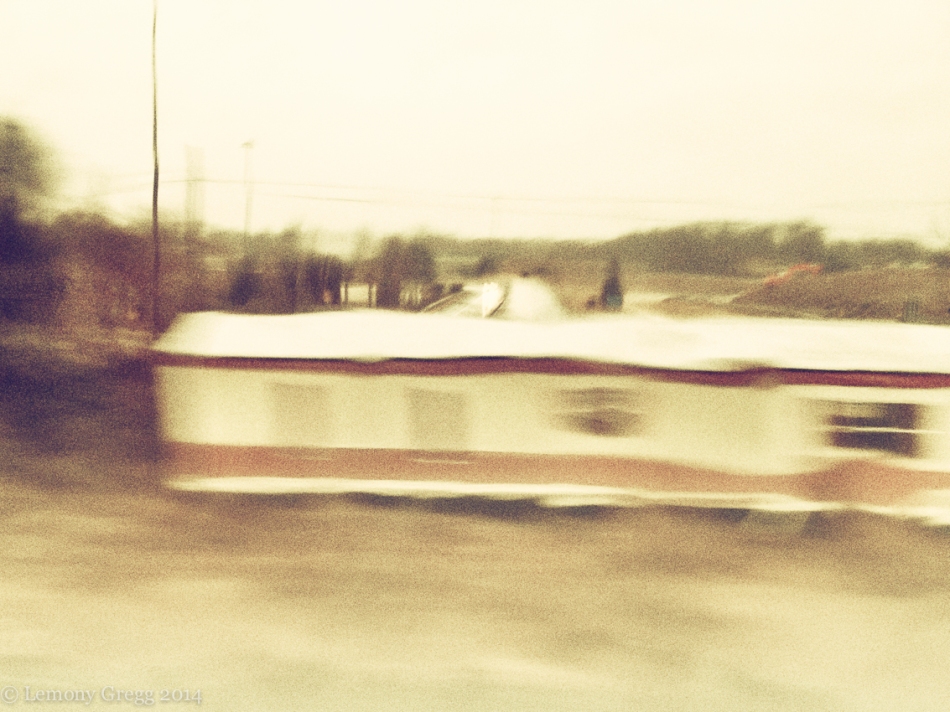 Lullaby near the Railroad Tracks

by A. E. Stallings

Go back to sleep. The hour is small.
A freight train between stations
Shook you out of sleep with all
Its lonely ululations.

Through the stillness, while you slumber,
They trundle down the track,
Lugging cattle, coal, and lumber,
Crying, “alack, alack.”

It’s cheap to pay the engineer:
The moon’s a shiny dime.
Shut your eyes and you will hear
The Doppler shift of time.

The hour is small. Resume your rest.
Tomorrow will be kinder.
Here comes a freight train nosing west,
Pulling the dawn behind her.

From a Moving Train (on a rainy day): Part Three 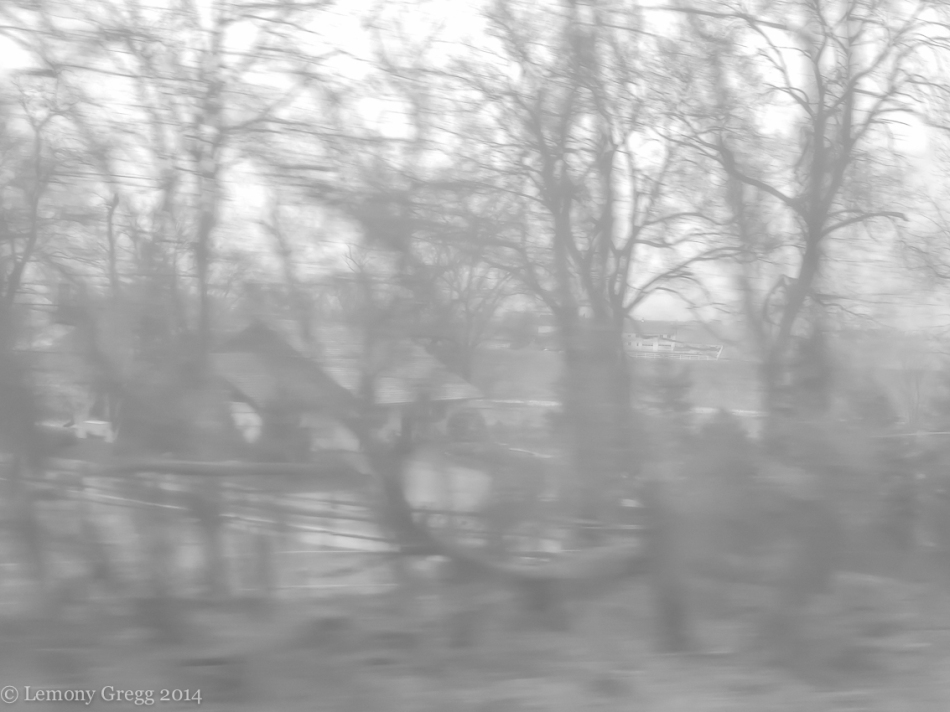 On the Departure Platform

We kissed at the barrier ; and passing through

She left me, and moment by moment got

Smaller and smaller, until to  my view

She was but a spot;

That down the diminishing platform bore

Through hustling crowds of gentle and rough

To the carriage door.

Under the lamplight’s fitful glowers,

Behind dark groups from far and near,

Whose interests were apart from ours,

Then show again, till I ceased to see

That flexible form, that nebulous white;

And she who was more than my life to me

We have penned new plans since that fair fond day,

And in season she will appear again–

But never as then!

–‘And why, young man, must eternally fly

A joy you’ll repeat, if you love her well?’

From a Moving Train (on a rainy day): Part Two 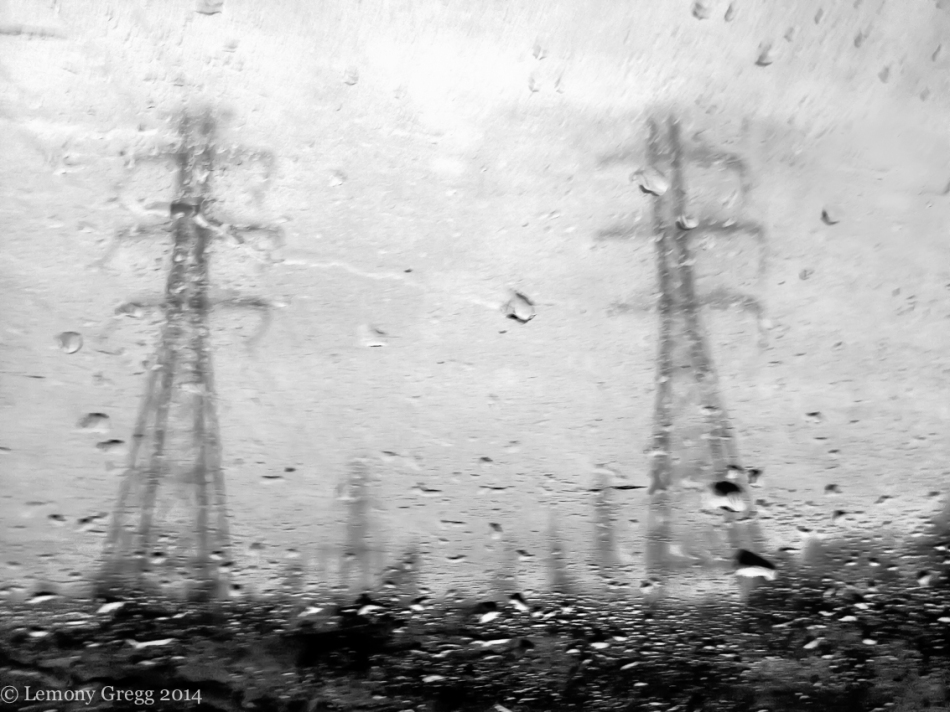 Not that anyone will care,
But as I was sitting there
On the 8:07
To New Haven,
I was struck by lightning.
The strangest thing
Wasn’t the flash of my hair
Catching on fire,
But the way people pretended
Nothing had happened.
For me, it was real enough.
But it seemed as if
The others saw this as nothing
But a way of happening,
A way to get from one place
To another place,
But not a place itself.
So, ignored, I burned to death.
Later, someone sat in my seat
And my ashes ruined his suit.
Source:  Poetry 2007
http://www.poetryfoundation.org/poetrymagazine/poem/180280

From a Moving Train (on a rainy day), Part One 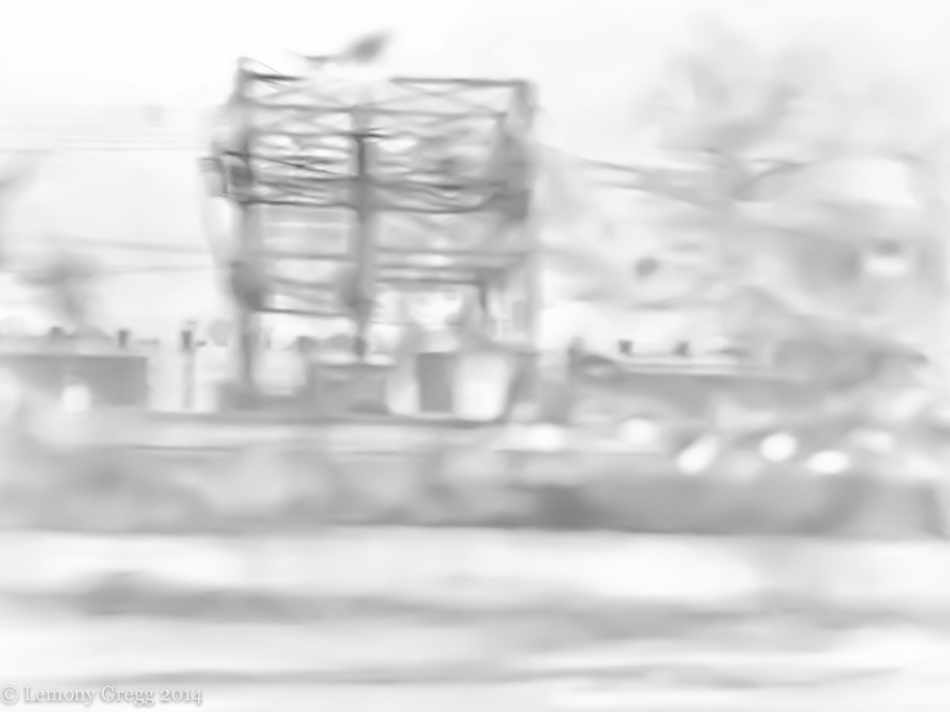 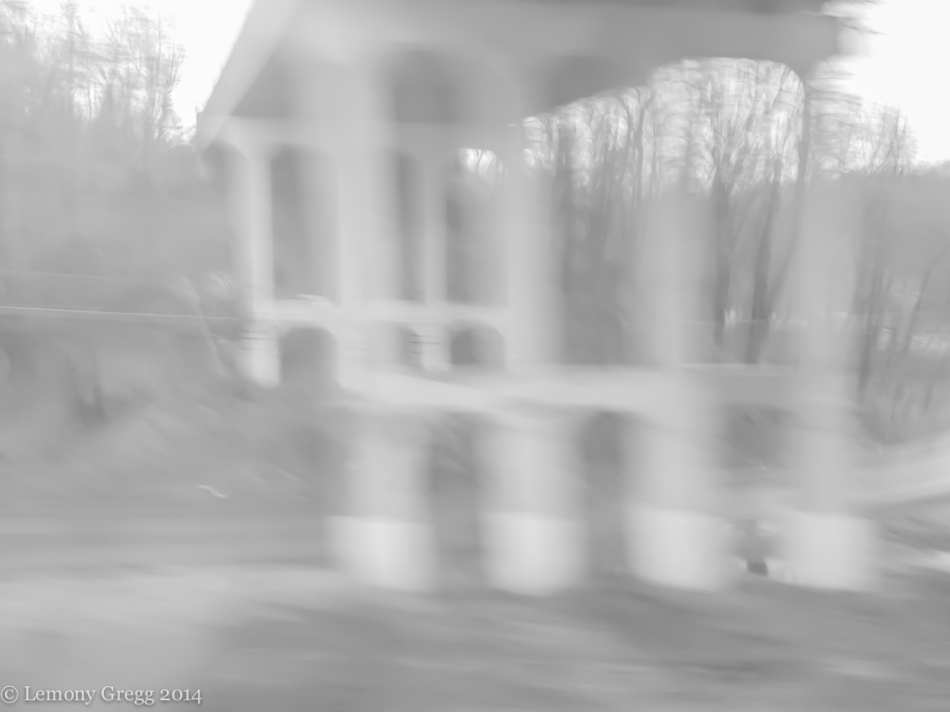 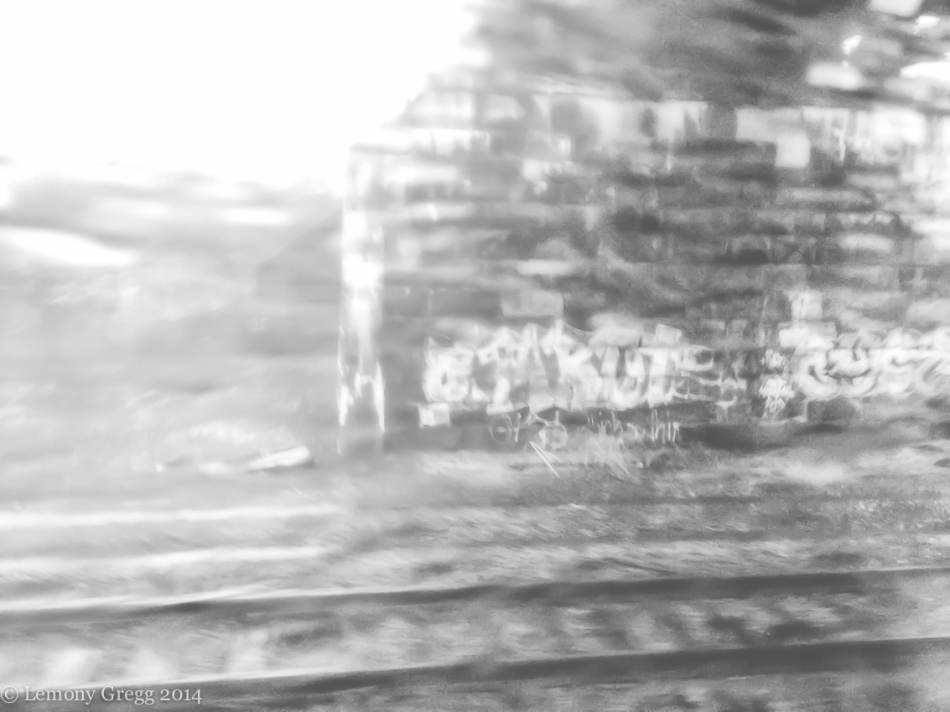 One Train May Hide Another